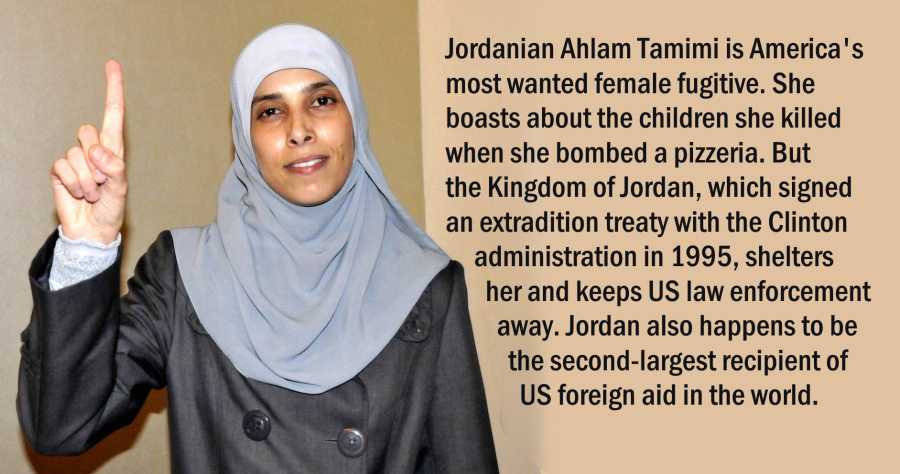 Ahlam Tamimi, the mastermind of the Sbarro massacre in Jerusalem, is living the life of a celebrity in Jordan. Though she killed two American citizens, one of them pregnant, and left a third in a vegetative state, President Biden chose not to mention the little issue of the extradition treaty that Jordan refuses to honor during his recent meeting with King Abdullah. The United States put a price on Tamimi’s head. She is the most wanted female terrorist. But Biden said not a word to Abdullah about bringing her to justice.

Jordan claims there is no extradition treaty. But that is clearly untrue, as there have been at least three extraditions of Jordanian terrorists to America within the past couple of decades. Perhaps it is only when the victims are Jewish that extradition doesn’t matter? Or perhaps it is because Tamimi is such a popular figure in Jordan, lionized for having murdered lots and lots of Jewish children. Her only regret was that there weren’t more.