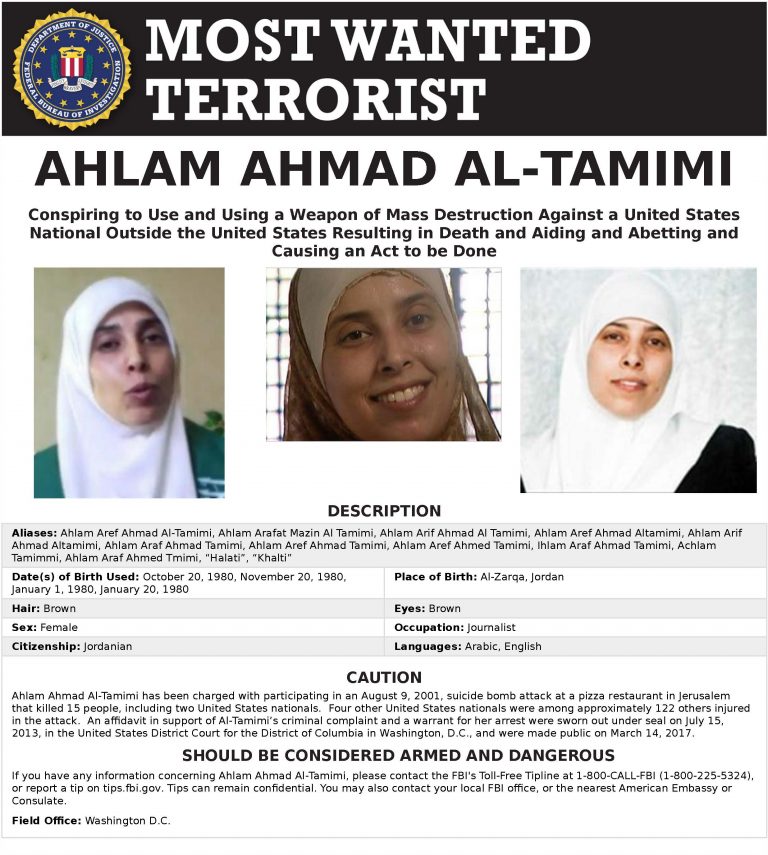 Arnold and Frimet Roth have been tirelessly trying to obtain justice for the murder of their daughter Malki (HY”D) by demanding Jordan extradite the mastermind of the Sbarro bombing, Ahlam Tamimi. Tamimi was released to Jordan in the Gilad Shalit prisoner exchange. The Roths were not notified prior to the release of this terrorist monster, who has gone on to be a radio and television personality in Jordan, a hero to the Jordanian people.

Malki Roth was an American citizen, so even though Tamimi was released from an Israeli prison, she can still be tried in America. Until now, Jordan has said it is not bound by its extradition treaty with the U.S. Now the Trump Administration is calling them on it. From the Elder of Ziyon blog:

The newly released Country Report on Terrorism 2018 includes a significant addition to the virtually identical text:
“In 2018, Jordan continued to cite a court ruling that its constitution forbids the extradition of Jordanian nationals. The United States regards the extradition treaty as valid.”

Those nine words hint that the current administration, unlike previous ones, might actually pressure Jordan publicly to extradite Tamimi to the US.

One can only hope. It is sickening to think of this woman free to marry, have children, and become a popular icon, while 15-year-old Malki Roth is denied any life or future at all.