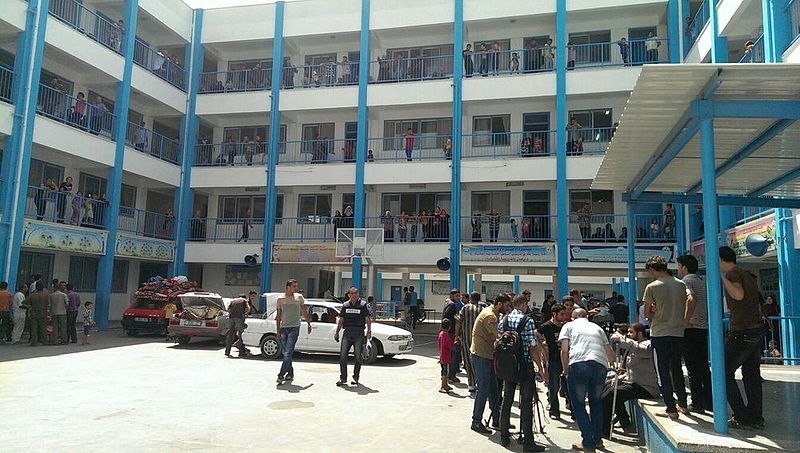 As the world jumps down Israel’s throat for responding to almost 4500 rockets shot into its cities by Hamas terrorists, it has been discovered that a terror tunnel was situated directly beneath an UNRWA school. This school complex housed the Zaitoun Preparatory Boys’ School “A” and Elementary Boys’ School “A.” The school complex was one of only two UNRWA facilities damaged during Operation Guardian of the Wall.

UNRWA uttered the usual condemnations, as if they were oblivious to the fact that it had colluded in creating a human shield for Hamas. By the way, that condemnation included Israel, for attacking the tunnel, an existential threat to Israeli citizens. “The Agency’s installations, like all United Nations facilities, are marked as such and fly a United Nations flag on the roof. UNRWA shares the coordinates of all of its installations periodically with relevant Israeli authorities and in times of conflict, the coordinates of designated emergency shelters are shared daily,” noted UNRWA.

It’s such a familiar formula: let Hamas use schools as a terror base, then blame Israel for taking them out the terrorists, and sometimes their human shields, whom are apparently seen by Hamas as collateral damage.