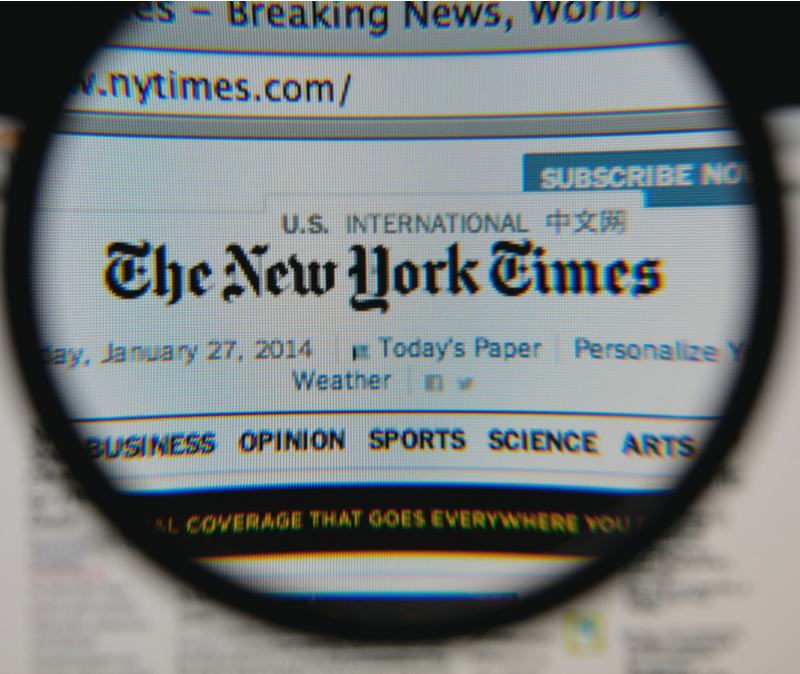 As Israel received a barrage of 4,360 missiles, the New York Times issued its own assault against the embattled Jewish State. Gilead Ini, writing for CAMERA, tallied up the opinion pieces and found a clear intent of anti-Israel bias:

So there can be little doubt about the message New York Times Opinion editors were intent on sending, or the conclusion they wanted readers to reach over the past few weeks, as Israeli civilians were under attack by Hamas rockets and Jews around the world were being harassed and assaulted. From the day Hamas first opened fire on Israel on May 10 until today, when a Florida Holocaust museum was defaced with the phrase “Jews are guilty,” the newspaper published nine anti-Israel Guest Essays about the alleged misbehavior of Israeli Jews; three evenhanded Guest Essays that criticized and empathized with both Israeli Jews and Arabs; and not even a single Guest Essay that was primarily critical of Hamas or Palestinian behavior in the conflict.

Already during the first five days of fighting, the paper published four Guest Essays about the conflict. Each promoted Palestinian narratives or demands. On May 11, editors ran an Op-Ed by Rula Salameh who described herself as someone who for years has been “part of the Palestinian struggle,” and who wrote her essay accordingly. The piece was titled, “Palestinians Under Siege.”

In other words, if you were expecting to hear an account of Israeli suffering under a barrage of rockets, or anything about Hamas’ antisemitic agenda, you were never going to see it in the Times.