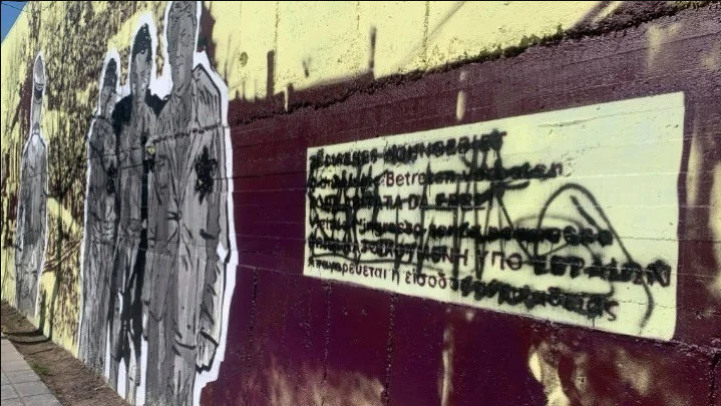 A new mural honoring the memory of Holocaust victims from the Jewish community of Thessaloniki has been defaced. The mural, painted by street artist Same84 is 38 yards in length and more than 7 yards high. Tens of thousands of Thessaloniki Jews were exterminated by Hitler.

🚨 Appalling: a Jewish mural in Thessaloniki, Greece, has been vandalized. 95% of the city’s 50,000 Jews were murdered by the Nazis.

We stand with our partners in the Greek Jewish community and thank @GreeceMFA for their condemnation of this horrific act.https://t.co/qnu1jv93Rx

The Jewish community of Thessaloniki, most of whom arrived from Spain during the Inquisition, once numbered more than 50,000 souls. Now, only a few survive. Apparently, the vandal thinks that’s one too many Jews.