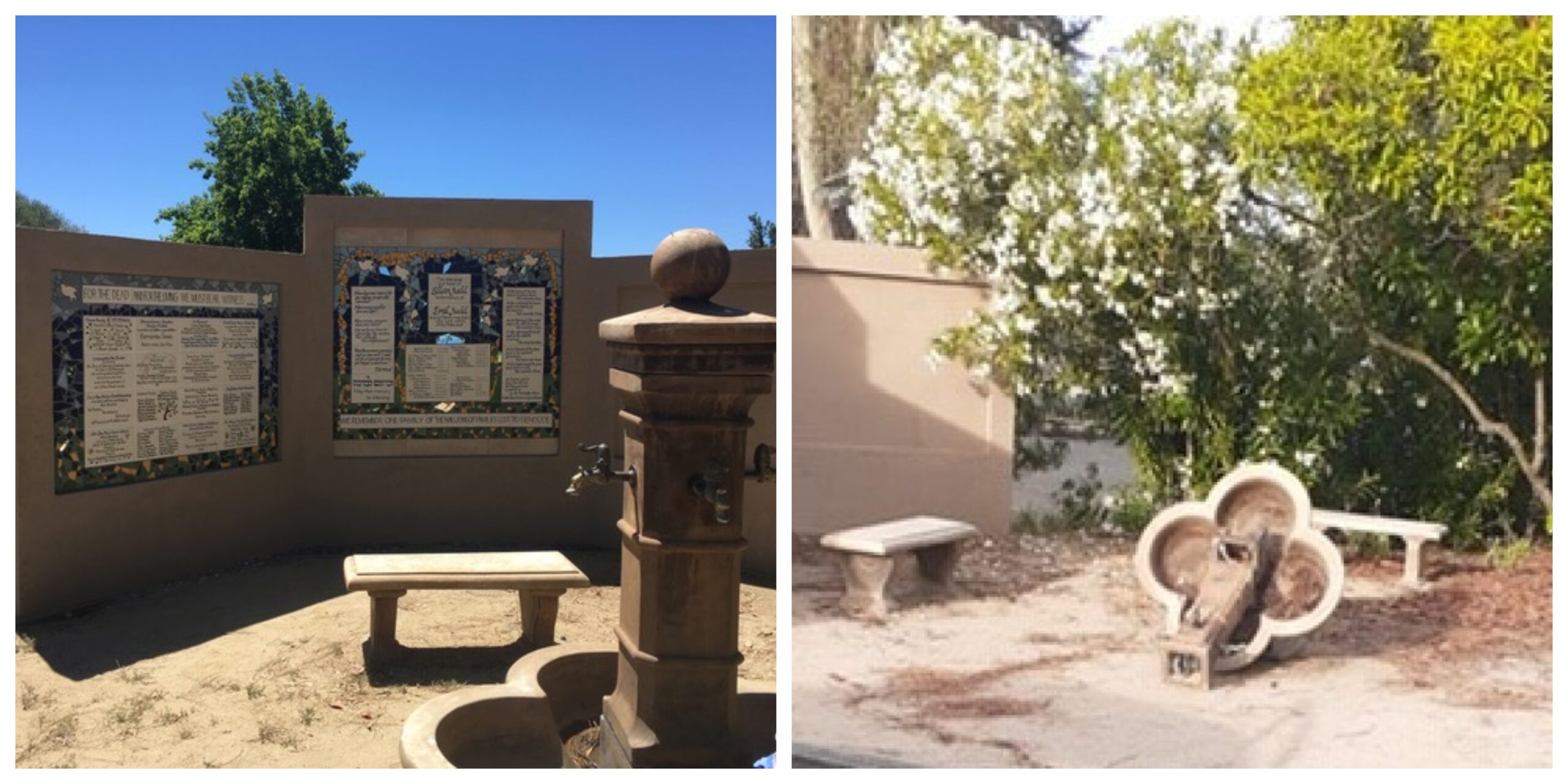 A Holocaust memorial fountain was vandalized last week in Santa Rosa, California. The fountain was found toppled in pieces in the ground. Built in 2016, the memorial was built by Daniel Judd to honor his parents, Emil and Lillian Judd. The two were Holocaust survivors.

During the recent BLM protests, many Jewish stores and synagogues were vandalized. One wonders if this is more of the same. The police seem to think so as they are investigating the incident as a possible hate crime.