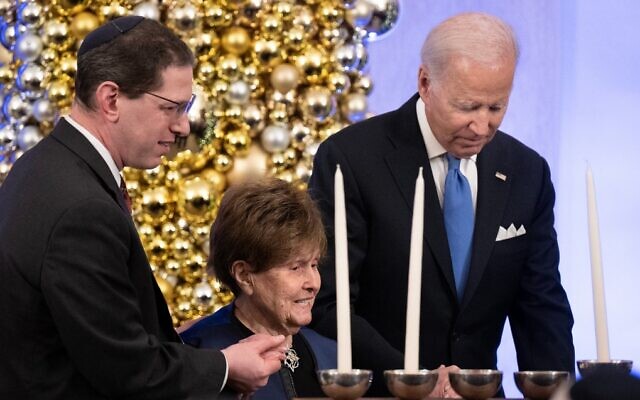 Kenneth Marcus, Chairman, The Louis D. Brandeis Center for Human Rights under Law, has a piece in Newsweek about the postponement on implementing the Executive Order on Combating Antisemitism, originally signed by Trump in 2019. “This order had been a major milestone, codifying important rules under which Jewish students receive civil rights protections in American colleges and schools. Significantly, it also directed federal agencies, including OCR, to use the “gold-standard” IHRA Working Definition of Antisemitism,” writes Marcus.

Biden was supposed to implement the order in December, but nothing happened, and nothing was announced or explained. Now, the administration has announced a delay of another 12 months, until December of 2023. While the order has been delayed several times, Biden often, even recently, spoken out about the rise in antisemitism in in America and on American college campuses. His administration had also spoken of the importance of adopting the IHRS definition of antisemitism. But now Biden delays his chance to do something about it—his chance to protect American Jewry, leaving us to twist in the wind.