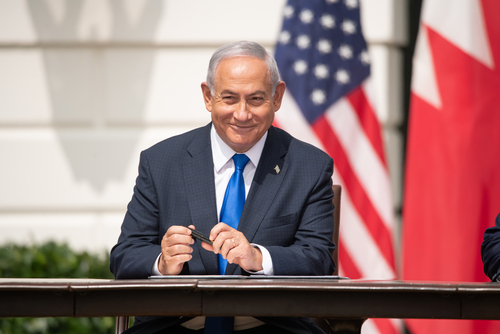 The entire world is freaking out that finally, FINALLY, Israel has a right wing government. Attorney Stephen Flatow, father of Alisa Flatow, murdered in an Iranian-sponsored Palestinian terrorist attack in 1995 showed why the fears of extremism are unfounded in a recent op-ed for the Jerusalem Post. In his piece, Flatow goes down the list of steps Netanyahu has taken that should, far from causing alarm, be pleasing to the pro-Pally radical progressives of the world. Here’s an excerpt:

Benjamin Netanyahu has said he would accept a demilitarized Palestinian entity that would resemble a state. Not only that, but previous Netanyahu-led Likud governments adhered closely to the Oslo Accords, froze all Jewish construction in Judea and Samaria for 10 months, released imprisoned Arab terrorists as “gestures” to the Palestinian Authority, and surrendered a large portion of Hebron.

Flatow adds: I’m not commenting on the wisdom of any of those actions. I’m simply stating the facts. And the facts do not support the hysteria of the critics.