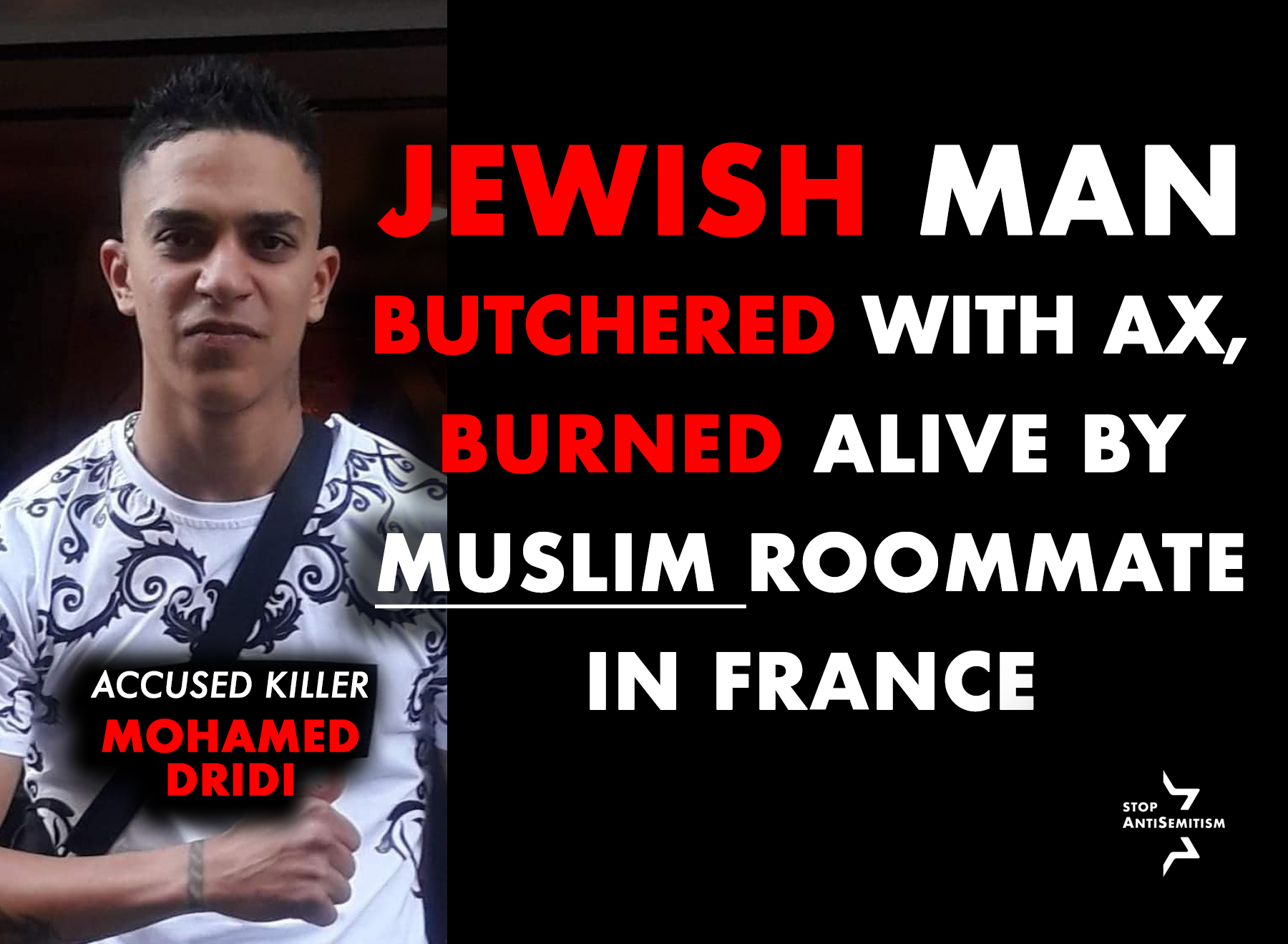 Eyal Haddad has been butchered and murdered by Mohamed Dridi, his Muslim roommate, with an axe, in France. But you wouldn’t know about it from reading the news. Not in the States and not in Europe.

French Jewish community leaders and European Jewish organizations are trying to get authorities to investigate. It’s hard to imagine the depth of hatred for Jews that has the police and the government turning their backs and refusing to investigate? France is a cesspool of Jew-hatred. Time for the Jews of France to leave for someplace safer.