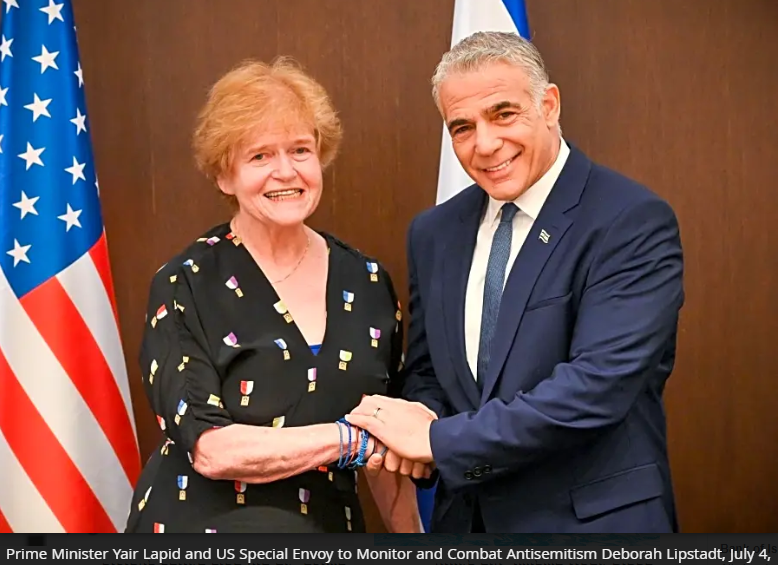 US State Department spokesman Ned Price and US Special Envoy to Monitor and Combat Antisemitism Deborah Lipstadt on Monday memorialized victims of the bombing of the AMIA Jewish Community Center in Buenos Aires, Argentina, and the attack on a tour bus in Burgas, Bulgaria. Both events share an anniversary date. The two took the opportunity to censure Hezbollah for these dastardly and deadly antisemitic attacks.

The AMIA bombing murdered 85 people, injuring over 300. “Today marks the 28th anniversary of the Iranian-sponsored Hizballah attack on the Asociación Mutual Israelita Argentina (AMIA), the Jewish community center in Buenos Aires,” said Lipstadt, who reaffirmed US support of Argentine Jews in “seeking accountability for the horrific actions of that day.”

Lipstadt and Price both referred to the attack as the largest antisemitic attack on Jews in over half a century.

Ned Price spoke of the Burgas attack a decade ago in which a Bulgarian bus driver and five Israeli tourists were murdered, also perpetrated by Hezbollah.  “[The US is] committed to countering Hizballah and Iran’s malign influence. The funding, training, weapons, and other support Iran provides Hizballah support complex and heinous terrorist attacks like these.”