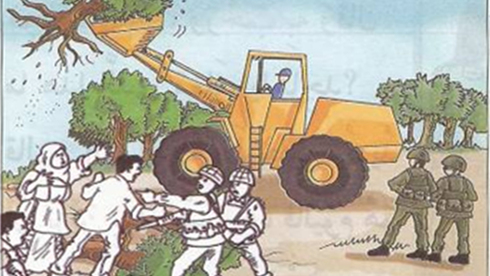 The Biden administration has announced it is sending an additional US$135.8 million to the United Nations Relief and Works Agency for Palestine Refugees in the Near East (UNRWA). This is the UN body devoted exclusively to so-called Palestinian refugees, or Arabs who voluntarily fled Israel in 1948. The Biden administration had already pledged to send $150 million in April, plus another $33 million after the war last May. All told, this is a lot of money to send to people bent on murdering Jews and taking their land.

US law requires the Secretary of State to report to the Appropriations Committee before pledging aid to a body such as UNRWA, as to how the money will be spent. According to Attorney Maurice Hirsch of Palestinian Media Watch:

One of the preconditions for US aid to UNRWA, set out in the Consolidated Appropriations Act 2021, requires the Secretary of State to report to the Committees on Appropriations on whether UNRWA is “taking steps to ensure the content of all educational materials currently taught in UNRWA-administered schools and summer camps is consistent with the values of human rights, dignity, and tolerance and does not induce incitement.”

There is no objective way that the Secretary of State could have certified that the materials taught in the UNRWA schools in the areas under the control of the Palestinian Authority meet the standard set or that UNRWA was taking the steps necessary to ensure meeting the standard.

A comprehensive report on PA schoolbooks commissioned by the EU found that some of the PA schoolbooks in use today include antisemitic content, present Palestinian violence and terror against Israelis as part of a “heroic struggle,” and deny the legitimacy of Israel’s existence through maps that erase Israel and label the entire area “Palestine.” While the PA textbooks, affirm the importance of human rights in general, the notion is not carried through to a discussion of the rights of Israelis. According to the report, “Violence perpetrated by Palestinians, including violence against civilians, is presented as a legitimate means of resistance.”