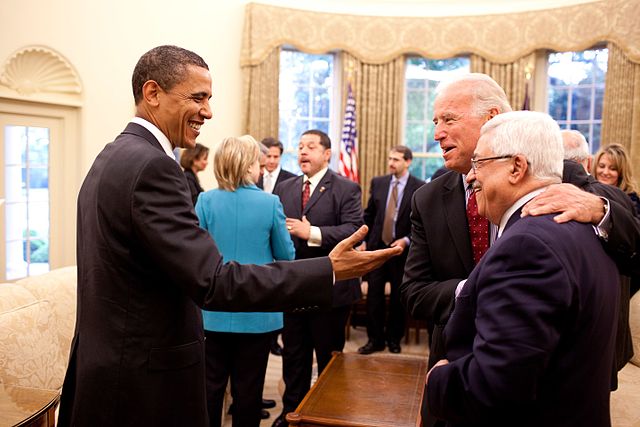 The Palestinian Authority has submitted a long list of demands to the United States as preconditions for renewing peace negotiations with Israel. Number one on the list is that Orient House be reopened, closed since 2001, and prevented from operating by the Israeli police and the Shin Bet. Other demands relate to Jerusalem: limiting the police presence in the Temple Mount compound while reducing the Jewish presence in this, the holiest site of the Jewish people.

Additionally, the PA demands that Arab squatters in Jewish properties not be evicted, in particular from Sheikh Jarrah. Furthermore, the PA wants Jews to stop all construction of Jewish homes and buildings in eastern Jerusalem, and a freeze on settlement building. The list goes on and on, too much to include here, but basically, the PA wants everything without giving anything, as per usual. So much for the good old days of Donald Trump. We’ve got Jobama in the White House, now.