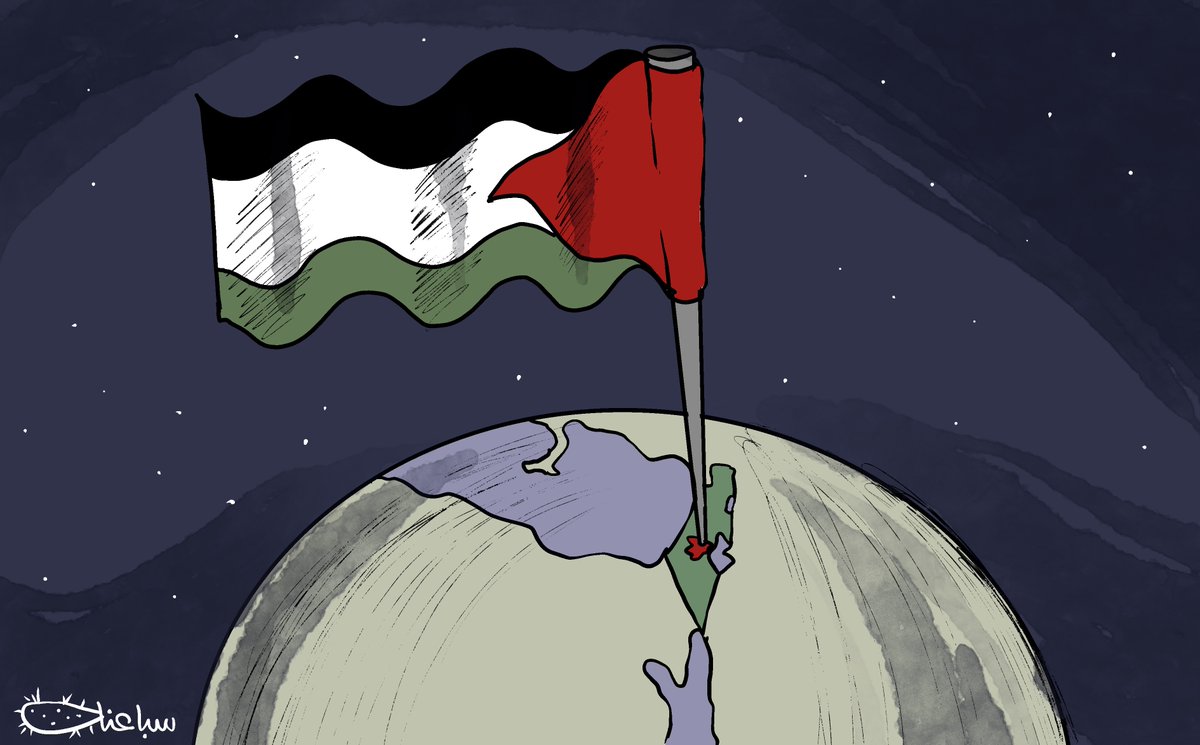 A political cartoon published in the official Palestinian Authority daily newspaper, Al-Hayat Al-Jadida, shows a map of “Palestine” superimposed over the entirety of the State of Israel. The cartoon expresses the ideology of the PA that Israel has no right to exist within any borders. The State of Israel is draped over with a Palestinian flag, suggesting that the PA is sovereign over all of the territory comprised by the Jewish State.

According to Palestinian Media Watch, which carries the story, there is a second implicit message, namely that Israel will come to an end. This idea tallies with statements by Fatah and PA leadership to this effect. Earlier this year, Fatah Central Committee member Abbas Zaki said that America and Israel will both “disappear.”