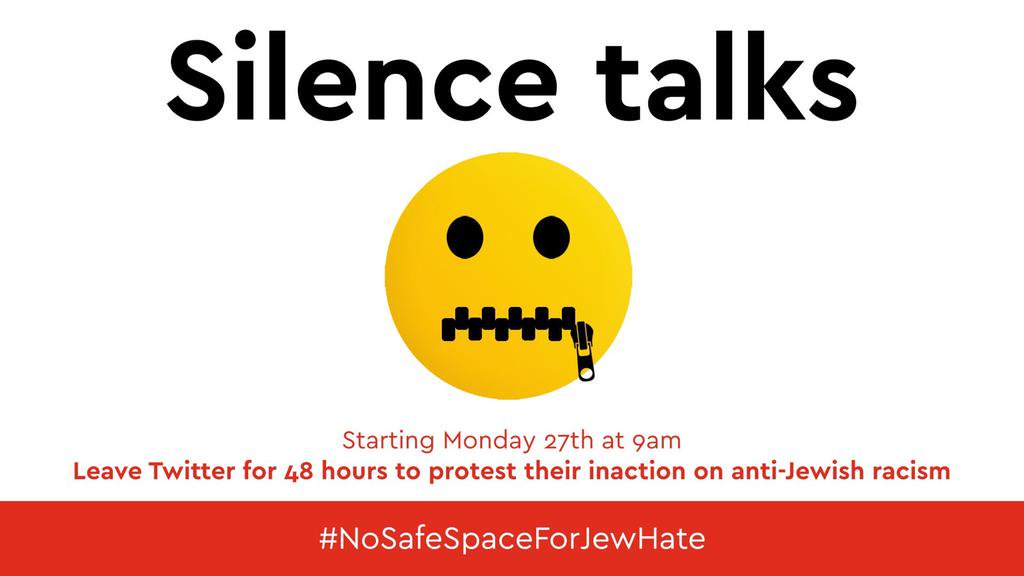 By the time you read this, it will have been just a memory and it remains to be seen what effect the 48-hour boycott of Twitter will have on the social media giant’s refusal to take appropriate action against antisemitic accounts and tweets. The boycott, slated for Monday and Tuesday, is a reaction to horrific antisemitic tweets from British rapper Wiley, which Twitter failed to remove despite numerous reports by users.

The Twitter walkout was promoted with the hashtag #NoSafeSpaceForJewHate. It will be interesting to see if the power of a boycott can still make a difference in our world. Unfortunately, no one seems to mind antisemitism except for the Jews. Which is why antisemitism is currently proliferating among celebrities.