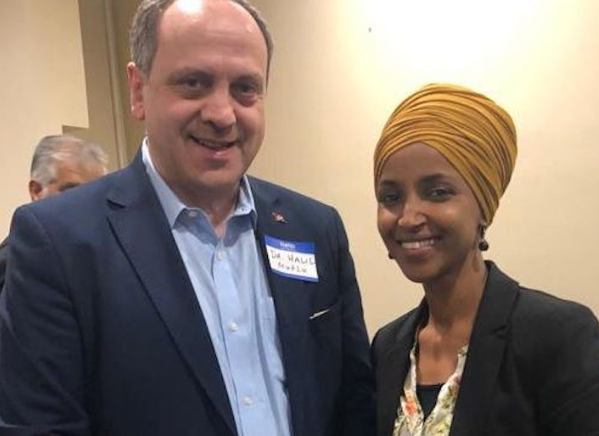 According to Adam Kredo of the Free Beacon, Ilhan Omar is under fire from anti-Israel Arab activists for signing onto a letter asking President Trump to continue the international embargo against Iran. The letter, signed by almost every member of Congress, was spearheaded by AIPAC. This fact alone, is enough reason for the anti-Israel crowd to claim that Omar has sold out, presumably for the “Benjamins, Baby.”

Why would Ilhan Omar, an infamous antisemite, suddenly share cause with AIPAC? The guess is that this has something to do with Iran being Shia, while Omar is Sunni. Omar also receives support from Turkey, also largely Sunni. It’s not too hard to connect the dots, even if we don’t know all the particulars. Omar, meantime, is staying mum, just as she did regarding the probability that she scammed US immigration laws by marrying her own brother.