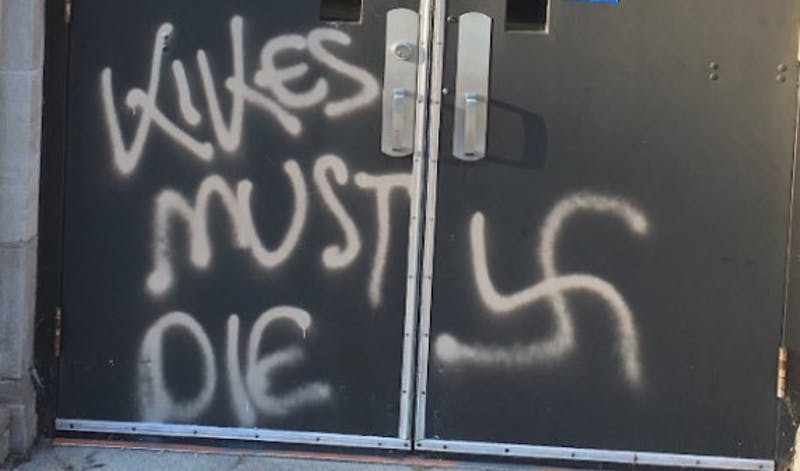 Antisemitic graffiti appeared overnight on the Lake Harriet Community School in Minneapolis, on Thursday, August 1, just a few weeks before school is about to begin. The graffiti text read, “KIKES MUST DIE,” and this was accompanied by a swastika symbol. This is the same district that elected Rep. Ilhan Omar, who is infamous for her antisemitic remarks and attitudes.

Imagine how it would feel to be a small Jewish child, excited about getting ready to go back to school. Your mom drives past the school and you see graffiti that is telling you to die.

The Jews of Minneapolis represent just 2% of the population. There isn’t all that much they can do to effect change. Despite Omar’s claims about Jewish lobbies and “Benjamins.” The situation for Minneapolis Jews is worrying indeed.