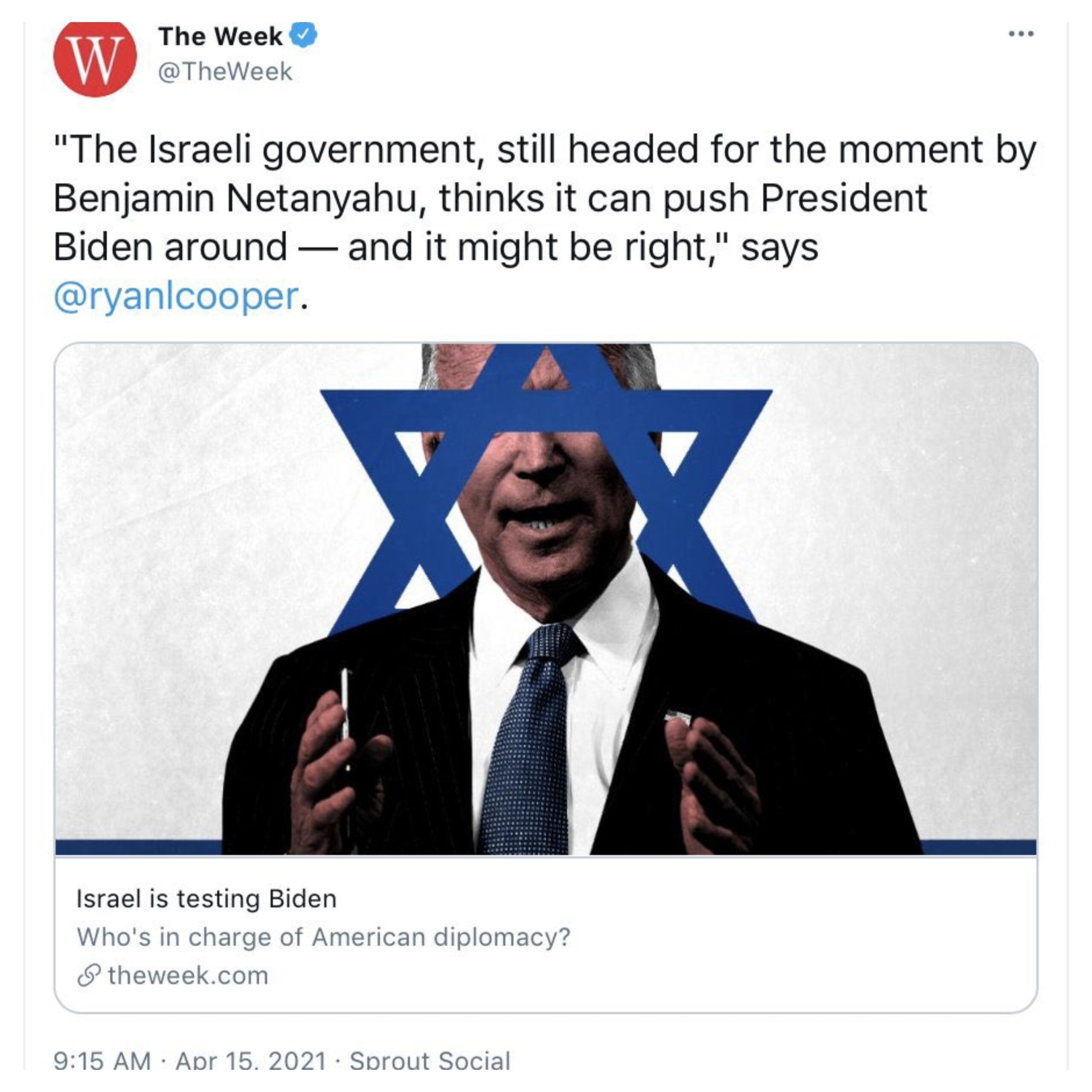 The Week magazine drew criticism last week, after accompanying an op-ed with a political cartoon of President Biden trapped inside a blue Star of David. After social media exploded with criticisms and outrage from Jewish leaders and other observers on social media, the magazine removed the graphic.

The op-ed, entitled “Israel is Testing Biden” criticized Israeli efforts to prevent a return by the US to the Iran nuclear deal. Author Ryan Cooper, a national correspondent for the magazine said Israel “clearly thinks it can interfere with America’s pursuit of its strategic interests,” in a reference to the attack on the Natanz nuclear enrichment facility, allegedly by Israel. After readers complained, the graphic was swapped for an illustration depicting President Biden and Prime Minister Netanyahu.

Simon Wiesenthal Center Associate Dean Rabbi Abraham Cooper, speaking to The Algemeiner, commented that the graphic suggested that the Jewish State of Israel was “boxing in, or controlling, or even imprisoning the President of the United States.”

The Stop Antisemitism group drew a comparison to the now infamous antisemitic 2019 New York Times cartoon, with the caption: “Who wore it better?”

Who wore it better? @TheWeek or @nytimes pic.twitter.com/ynvQKjpkE2