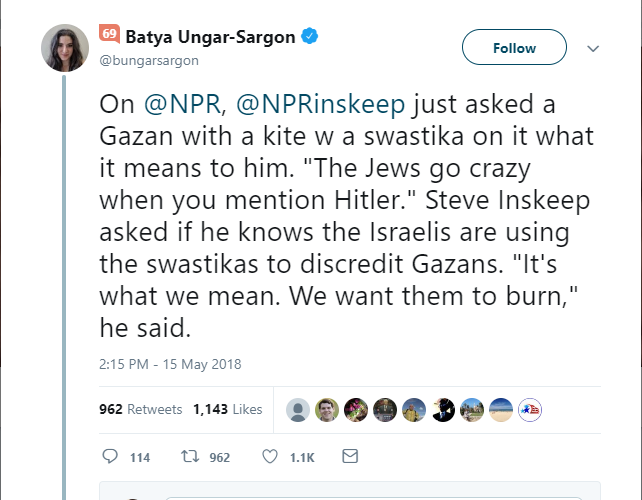 This is called “natural consequences.”

The goal of everything these terrorists do is to eradicate the Jews. Don’t believe me? This tweet should convince you, that is if you are at all interested in the truth.

On @NPR, @NPRinskeep just asked a Gazan with a kite w a swastika on it what it means to him. “The Jews go crazy when you mention Hitler.” Steve Inskeep asked if he knows the Israelis are using the swastikas to discredit Gazans. “It’s what we mean. We want them to burn,” he said.

This isn’t even about Israel. It’s just pure antisemitism.