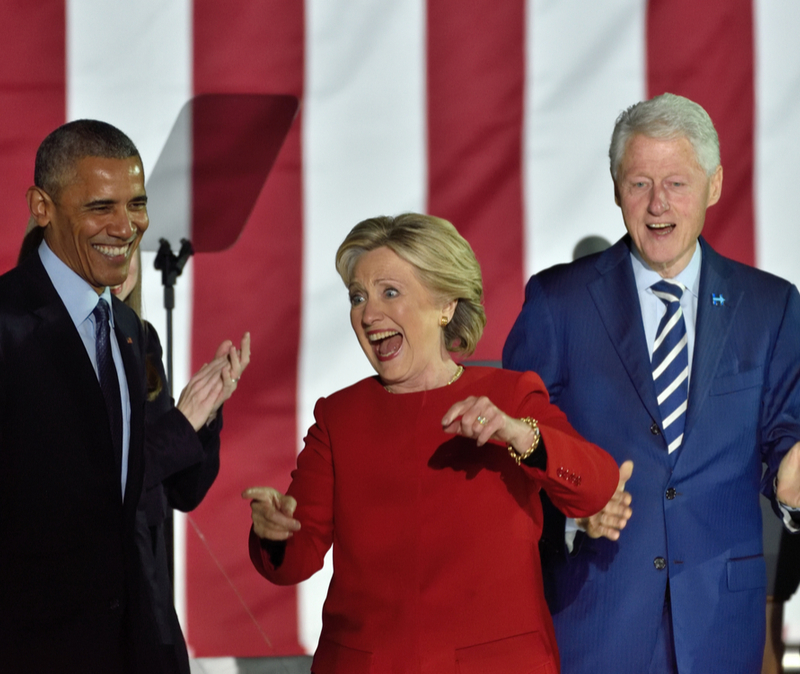 Trump used the Russian bribes of the Clinton Foundation during the election and Hillary claimed ignorance. But a new report from The Hill, suggests otherwise. Here’s a pull quote but do read the whole thing, it’s fascinating:

The Obama administration’s decision to approve Rosatom’s purchase of Uranium One has been a source of political controversy since 2015.

That’s when conservative author Peter Schweitzer and The New York Times documented how Bill Clinton collected hundreds of thousands of dollars in Russian speaking fees and his charitable foundation collected millions in donations from parties interested in the deal while Hillary Clinton presided on the Committee on Foreign Investment in the United States.

The Obama administration and the Clintons defended their actions at the time, insisting there was no evidence that any Russians or donors engaged in wrongdoing and there was no national security reason for any member of the committee to oppose the Uranium One deal.

But FBI, Energy Department and court documents reviewed by The Hill show the FBI in fact had gathered substantial evidence well before the committee’s decision that Vadim Mikerin — the main Russian overseeing Putin’s nuclear expansion inside the United States — was engaged in wrongdoing starting in 2009.

Then-Attorney General Eric Holder was among the Obama administration officials joining Hillary Clinton on the Committee on Foreign Investment in the United States at the time the Uranium One deal was approved. Multiple current and former government officials told The Hill they did not know whether the FBI or DOJ ever alerted committee members to the criminal activity they uncovered.