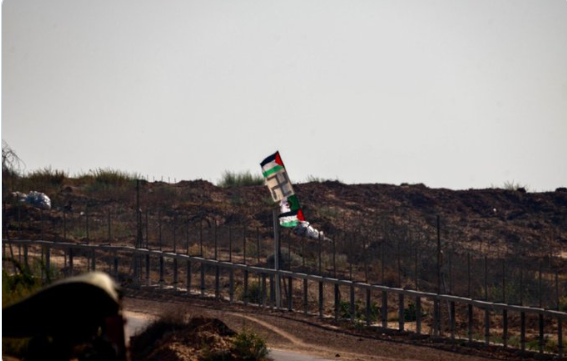 According to CAMERA Senior Media Analyst Ricki Hollander, PBS Newshour is once again spreading anti-Israel propaganda, claiming that the IDF uses exploding bullets to quell protests. An article by Jane Ferguson, “Gazans suffer life-shattering injuries when border protests turn violent” says nothing about the violent nature of the weekly protests and how Hamas deliberately brings children to the border, hoping they will be killed so the media can blame Israel, as Ferguson does here. But here we have the suggestion that Israel deliberately uses a type of ammunition to cause maximum damage to limbs.

So much for big, bad, Israel. Maybe Ferguson should be pointing her finger at Hamas?

In the face
Of this hatred
Stand IDF soldiers
Alert and determined
Ready to defend lsrael
Today and every single day. pic.twitter.com/cZMhJggr4R